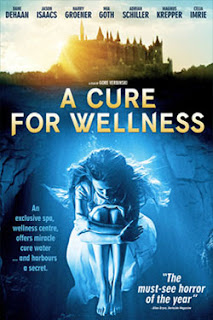 This is billed as a psychological horror, and I'm not sure if that is 'code' for confusing and bemusing as that's the reaction that I had to it.

Directed by Gore Verbinski (who was behind three of the Pirates of the Caribbean movies and the 2002 The Ring) and written by Justin Haythe, based on a 1921 novel The Magic Mountain by Thomas Mann, the film follows Lockhart (Dane DeHaan), who is sent by a financial company in New York to Switzerland to retrieve their CEO, Roland Pembroke (Harry Groener) who has decided to stay at a 'wellness centre' in the Alps. Lockhart's attempts are blocked by Dr Heinrich Volmer (Jason Issacs) and when he leaves the place he is involved in a car accident, and wakes at the centre, discovering that he is now an inmate himself.

There then follows all sorts of strangeness, where the water from the local aquifer is given to all the patients, but it is toxic and makes their teeth fall out. Lockhart befriends Hannah (Mia Goth) who has been there all her life and she turns out to be Volmer's daughter, who he wants to marry - there is a 'cure' which they take from small blue bottles which seems to prolong their lifespans. There are also eels in the water which eat desiccated human bodies which are tipped in there ... 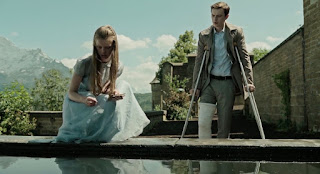 The explanation from Wikipedia runs: 'Lockhart discovers the transfusion wing of the spa is a front for macabre medical experiments, and that the water from the local aquifer possesses unique properties – toxic to humans, but with life-restoring properties for the eels living in the water. The baron had devised a process to filter the water through the bodies of humans and distil it into a life-giving essence; Volmer uses the patients as filters for this process.'

Thus Lockhart has his stomach filled with eels whilst lying in an iron lung contraption, and his body starts to excrete the 'cure' ...but Volmer has a fake 'face' - we see several, presumably replacement faces, growing in a lab - and the whole thing ends with the facility going up in flames during a ball for the patients, and then Lockhart escaping with Hannah ... 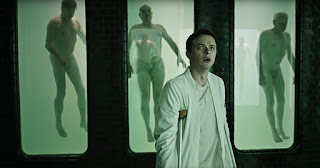 It's a long, confusing and confused film, although beautifully shot and edited. DeHaan is as one-note here as his next performance in Valerian, however, and you are never quite convinced that he is this trusted emissary from the financial company as he just looks too young. There's a lot asked of him though, and in the end he does acquit himself somewhat. Lockhart starts to lose his teeth, but then they come back again, and what about all the eels in his stomach? We never see them removed, so is he now immortal as well? And why does Volmer want to marry his own daughter? I suppose because she's the only other immortal that he can be with? Why do they capture and keep the CEO of a company, someone who is sure to be missed? And then do the same with the emissary sent to retrieve him? Isn't this just drawing attention to yourself?

And what's with the eels? And the poisoned water? It's all very arbitrary in its explanations and plot. 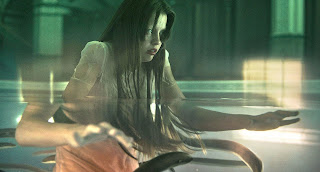 The film reminds me a little of Dario Argento's Suspiria in as much as we have a hero who is forced to stay at a facility where they are getting up to all manner of nastiness under the covers ... but here there are no witches, just science. It's interesting that Mia Goth went on to play Sara in the 2018 remake of Suspiria!

Overall it was an enjoyable, if confusing, watch. There's some nice material here, and, DeHaan aside, the performances are good. Hannah seems very child-like in her movements and innocence, but this at least is worked for in the plot and explanations. It's also somewhat overlong, and could perhaps have been shortened to when Lockhart realises his own fate in the institute. That would have been a bleak ending though, and one suspects that early screenings revealed that audiences might prefer a more feelgood ending ... and so they added another 30 minutes or so to the film as a result! I have no idea. 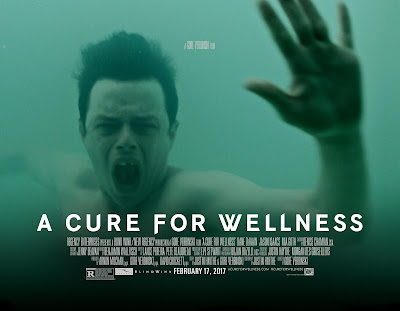