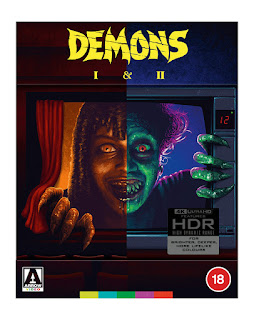 A couple of older films for the blog today, and the lovely people at Arrow video are releasing the two Lamberto Bava horror films from the eighties, Demons (1985) and Demons II (1986) on limited edition UHD 4K blu-ray. The films are notable as being produced by Dario Argento, and with music by Claudio Simonette (keyboardist from the band Goblin, who scored Argento's masterpiece Suspiria and Dawn of the Dead among others, and Simonette has also scored many other films under his own name).

Of the two films, Demons is the better - not surprising as this tends to mostly be the case where sequels of diminishing effectiveness are produced following a successful initial movie.

There's a lot to like about Demons. It starts with something of a nod to films like Deathline and, indeed, Suspiria to an extent, where a lone woman, Cheryl (Natasha Hovey), finds herself in an underground station in Berlin. She makes her way out of the deserted place, seemingly hunted by a creep in a mask (Michele Soavi) ... but said creep turns out to be promoting a new movie theatre, the Metropol, in town and is handing out free tickets. 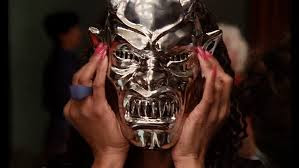 Thus Cheryl, along with her friend Kathy (Paola Cozzo), and two boys they meet, George (Urbano Barberini) and Ken (Karl Zinny), attend the film. A mask is hanging on a motorcycle display in the foyer and one of the other attendees, a prostitute called Rosemary (Geretta Giancarlo), scratches her face on it before going in to watch the film.

The film they watch tells the tale of a group of kids who discover a coffin belonging to Nostradamus, one of them scratches himself on an identical mask found in the coffin, and he then transforms into a bloodthirsty demon and slaughters all his friends.

Meanwhile in the theatre, Rosemary feels ill and heads to the bathroom, where she transforms into a bloodthirsty demon and starts slaughtering those at the film show, transforming them into demons as she does so. There then follows action and gore and transformations galore as George and Cheryl try to escape unscathed ... 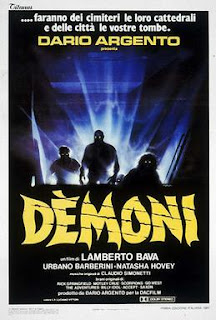 It's a fun film, and certainly superior to much of the comparable fare at the time - indeed many of them have also been released by Arrow over the years! This new print is clear and looks as good as new, and it's eye-opening how much watching a decent print improves the viewing experience.

Demons II follows a similar path, but makes much less sense. It's set in a tower block where some kids are trying to have a party. The party girl, Sally (Coralina Cataldi Tassoni), locks herself away as she doesn't want to meet someone called Jacob who has arrived unexpectedly, and ends up watching a film on television where a group of kids are investigating a ruined city - or perhaps the destroyed movie theatre from the first film. One of the movie kids revives one of the dead demons by dripping blood into its mouth, and before you know it, all the demons are coming back to life and attacking the kids. One comes through the TV screen at Sally and infects her, and soon the whole tower block is infested with demons killing and transforming everyone else. Their blood seems to be like acid as well, and burns holes through the floors and ceilings! Shades of Alien! 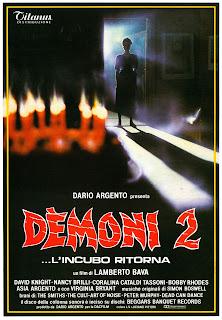 In what seems to be a completely different and better film entirely, another group from the tower's gym manage to escape down into the underground car park where they barricade themselves in and try to escape while all around them the demons rage and attack. There's also something about a demon baby which appears, and also a couple (George (David Knight) and Hannah (Nancy Brilli)) who are expecting a child - she eventually gives birth in a television studio nearby ...

As mentioned, the sequel makes little sense. With the first film there's a tenuous logic that the mask scratches Rosemary which causes her to transform and kill/convert everyone into demons. But the film they are watching (apart from featuring the same mask) has nothing to do with the real life events. In the second, the cause of the demonic uprising seems to be the movie on television - and no explanation is given as to how or why one of the things can come out of the TV to infect Sally. Likewise there's a lot of running about and screaming and demon effects which take up screen time but don't really achieve much with regards to the plot. 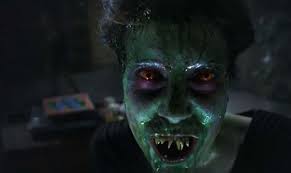 I liked the stuff with the gym people - very eighties with muscle men and girls in hi-cut leotards and leg warmers - as they at least seemed to have a plan and a plot progression about them. But the whole thing ends with a whimper ... a shame as the original film concluded somewhat differently.

Perhaps it would have been better if they had made Demons II as a carry-on sequel from the first film ... but this was not to be. And see if you can spot Asia Argento (Dario's daughter) playing Ingrid Haller somewhere in the second film ... I'm not sure I knew which girl she was!

Overall these two films have a firm place in horror history, they are entertaining and, for the most part, watchable examples of eighties horror fare coming out of the Italian Giallo scene. 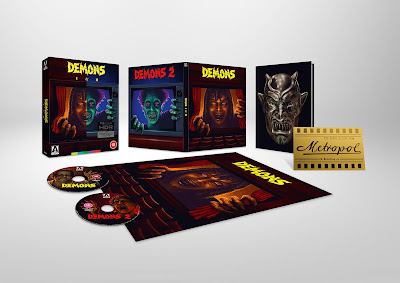 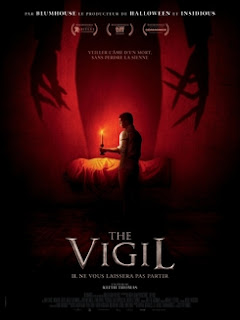 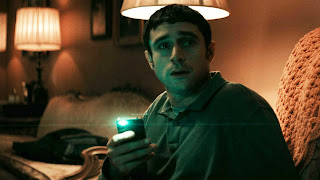