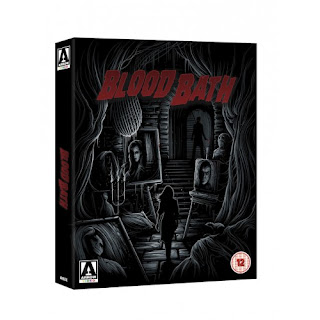 The new Arrow release of Blood Bath is not so much a release of a film, as an entire set devoted to how Roger Corman, Frances Ford Coppola, Jack Hill, Stephanie Rothman et al managed to take an obscure, unreleased Yugoslavian film and create another three films from it.  It's quite an undertaking, and included on this blu-ray set is a truly excellent feature wherein Tim Lucas takes us through all the different versions, explaining what happened, when and how and why.

I have to admit that Blood Bath is not a film I had previously seen, nor was particularly aware of, and as a black and white 1966 horror, which is fairly incomprehensible in places (and which has nothing whatsoever to do with some of the illustrative poster and ad art), it's a hard watch. William Campbell plays an artist, who is also a vampire, who is famed for his images of dead girls. In fact he paints them and then kills them, or vice versa, dipping them in wax in his studio. He is tormented by the ghost of a dead woman, and his undoing comes when this spirit summons his dead and waxed women to come alive at the end and kill him! 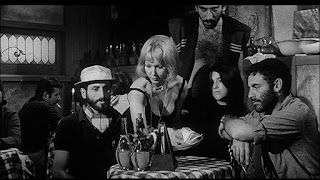 What is fascinating about all this, is how footage from a film called Operation: Titian, made around 1963, was cannibalised into three other films called: Blood Bath, Portrait in Terror and Track of the Vampire. I won't go into the detail here, but there's a general overview of what happened on the Wiki page: https://en.wikipedia.org/wiki/Blood_Bath.

It's interesting to see Sid Haig, years away from starring as Captain Spaulding in Rob Zombie's House of 1000 Corpses, and Patrick Magee, better known from films like Tales from the Crypt and Asylum, not to mention The Monster Club, making appearances here, and both do well with the material. William Campbell also does a good job, as do the various directors, matching shots and details from the earlier versions into something which sort-of hangs together. 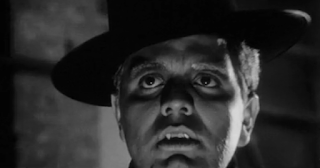 As always, the presentation by Arrow is excellent. All four films are included in the package, so I suppose you could try and make your own versions if you so wished, as well as various documentaries and commentaries.

It's certainly a release for film historians and those interested in the career of Roger Corman, and also as an object lesson perhaps in how film-making used to be done. 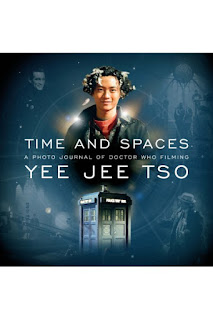 It's been a long time since I was sent one of Character Options' Doctor Who products to review ... but at last they come through with the 12th Doctor's second Sonic Screwdriver ...

This first appeared in the last episode of season 9, 'Hell Bent', and was something of a surprise when the Doctor produced it from his pocket.

The main immediate difference from its predecessors is that there is no 'focussing' element at the end, instead there is a crystal-like structure which on screen reminded me a little of a Metebelis crystal. Otherwise it's the usual tube-like device with various bits and bobs on it - though different bits and bobs here to previous screwdrivers.

It's pretty cool, though it is quite hard to activate the 'two push/pull' functions. My thumb was hurting from the effort of holding the switch in place to make them work. It's also not obvious that there even is a 'two pull/push' element - I had to actually read the packaging to find out what it did! Perhaps the activation contacts could have been bigger and easier to connect to, or maybe just having four little buttons to press would have been a lot easier to navigate. 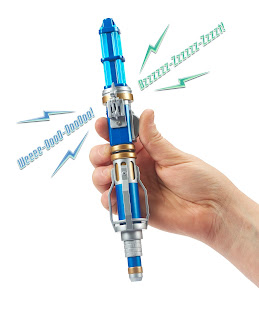 It might also have been nice if there were a couple of other manual functions to the toy - like the way that the old ones had an extending shaft and so on. However I guess that this would have pushed the manufacturing costs up.

It's a smashing looking toy though, and as the Sonic Screwdrivers have, over the years, become synonymous with the Doctor, it's nice that the newest one is available to buy in toy form.

The toy should be in the shops 'within weeks' Character say, but I'm sure there are some retailers around who will be taking pre-orders very soon.
Posted by David at 12:50 pm No comments: