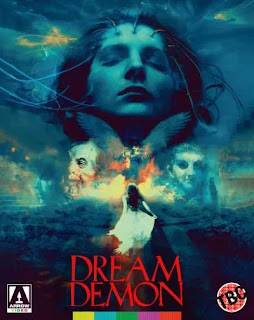 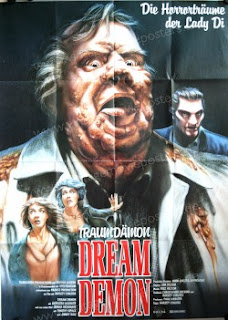 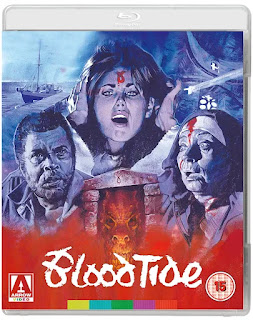 This is a 1982 film from director Richard Jefferies and written and produced by Nico Mastorakis. The cast seems quite impressive, with James Earl Jones and Jose Ferrer, but the plot and the realization of the monster lets the film down bigtime.

Sherry (Mary Louise Weller) and Neil Grice (Martin Kove) arrive on a Greek island ostensibly searching for treasure but Neil’s sister Madeline (Deborah Shelton) is there as well as a convent of Nuns, and a mystery where young virgins are sacrificed to some monster which lives under the water. It’s all very slow and confusing, though very nicely shot. As the film rumbles on, the girls all strip off for the obligatory topless scenes, and start to be killed by the very rubbery monster in the sea. The whole thing comes to a conclusion with the monster’s cave/lair being blown up, and then the monster is blown up. 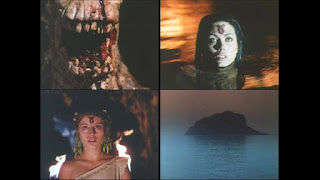 I feel that Jefferies realized that his monster was poor and so keeps it well in the shadows, only revealing it in very brief shots … but even this brevity shows it as being simply awful! All in all, the film succeeds only in the gorgeous cinematography, and is one of those films which is just about bad enough to be good … but only just as it commits the worst sin of being boring.

The new Arrow Video release comes with a couple of extras: a new interview with the producer/writer and a commentary track, plus a couple of trailers. Probably only for committed fans of early eighties horror fare.