Doctor Who: The Web of Fear 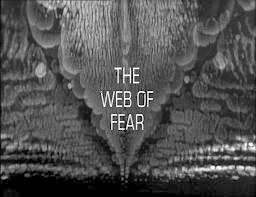 It's hard to explain to other people this love affair that I have with an old television show called Doctor Who. Hard to get across just what it means ... when your life is measured by the beat and track of this one show. My earliest memories are of watching Doctor Who. I remember not watching the show too - the occasions when I was not allowed to because it was too scary ('The Ice Warriors'), or when we went on holiday to Wales when it wasn't on at the same time as in England, and as a result I missed episodes ('The Daemons'). Of coming home during holidays in Cornwall to watch episodes ('The Ambassadors of Death') ... I remember which episode we watched the first time my parents got colour television ('The Sea Devils' 4 - and thus I can tell them exactly which day of which year it was: 18 March 1972) ... I remember the first episode my dad recorded the audio of because UFO  was on the other channel ('The Curse of Peladon') ... so many memories.

And yet in these days of everything being available on DVD, or streamed from your television provider of choice, it is amazing to think that there were 106 episodes of Doctor Who which did not exist ... the BBC had thrown them away, wiped the tapes back in the sixties and seventies. This left original television soundtracks, recorded by fans using a variety of innovative means even before there was a socket on the television to allow you to do that. It left handfuls of photographs - some called 'telesnaps' taken of television monitors at the time, and recording an episode in sixty or so small photographs. But no visual, moving, record.  It became something of a joke that in the BBC's Written Archives centres, they had retained the scripts, the letters, the memos, the floorplans, the designs, photographs, sketches, costume fitting details, budget sheets, timing breakdowns, lists of all the extras, prop lists, costings and medical reports ... but they threw away the programmes that they all related to! 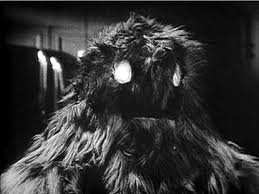 So when old episodes of Doctor Who are located, it's a Big Deal. Capital 'B', capital 'D'. And located they have been: old film prints, created and sold by the BBC back in the day to other countries, who then cycled them to other countries ... all so that everywhere from Nigeria to New Zealand could watch this strange science fiction show. Those countries took the film prints and stored them in vaults, in cupboards, and forgot about them ... until 45 years later, when enterprising archivists and television historians came knocking on their doors asking if they could just check the corners of their storerooms, just to see what might be there ... and sometimes ... just sometimes ... something turns up.

Recently, the BBC announced that nine somethings had indeed turned up. Nine episodes of Doctor Who returned to their own archives (for these days, of course, old television is worth something ... it can be sold again and again on DVD, on Blu-Ray, on iTunes ... lots and lots of ways to make more money from shows which, in the seventies, were considered well past their sell by date). 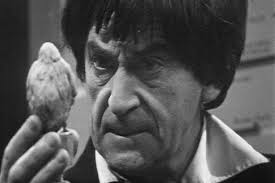 And to someone like me ... this is just incredible news. It's like Christmas and Birthday all come at once. Something I half-remembered watching in 1968 ... and now I can watch it again!  All those years of listening to the soundtracks, hearing the voices echoing to me through the years ... and now I can watch it again ... It's a feeling that is hard to explain in words ... hard to understand unless you are a fan of something.

And so, these nine episodes, comprising one complete Patrick Troughton story - 'Enemy of the World' - and all but one episode of another Troughton adventure - 'The Web of Fear' - are suddenly there. Such a shame that the one episode of 'The Web of Fear' is still missing ... but hey, this is stuff we never thought or expected to see again!  So just one episode being returned is a major piece of news ... heck, one scene from one story would be brilliant!  But nine whole episodes! Wowza!

So I figured out iTunes, how to set it up, how to buy the episodes which the Beeb had kindly made available ... and went for 'The Web of Fear'. No point in buying episode one - that already existed and I have it on DVD ... and no point buying episode three (the missing one) as that was just the soundtrack with photographs - I have the soundtrack already ... so four episodes downloaded later, and I'm ready to go.

So we watch through episode one - I'm on the couch, feeling excited. It's a great episode - always has been - which made the loss of the remaining so much more tragic ... if they only lived up to the promise of the first ...

Then ... the new episode two. And as it starts, my heart starts to thump in my chest. I still don't quite believe it. It's all a great hoax ... someone has just done a photo reconstruction and released that ... but the titles play ... and it says 'Episode Two' and I cheer! Wow. 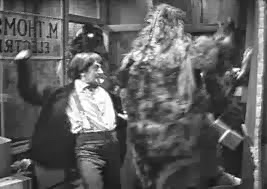 25 minutes later, and I am speechless ... the episode is MAGNIFICENT. There's a brilliant battle with the Yeti in the underground part way through which took my breath away completely. I love it. It's stylish and brilliantly directed. The characters are leaping from the screen, and we have lots of people to get to know, and the time in which to know them. Strangely, the Doctor is absent from the episode but it seems not to matter somehow, the set-up and build is pervasive, and he's not missed (except by the actors of course).

Next up is the soundtrack for episode three - and here, surprisingly, the pictures are much clearer in my mind, carrying directly on from episode two ... and then into the fourth part, and WOW ... it's the Brigadier (only he's a Colonel here). I slide from the couch and sit in front of the telly ... it's so engrossing. The Yeti make me jump as they spring out from behind doors. There's that incessant bleeping as the cute little Yeti models summon the things ... and the acting ... Oh the acting ... 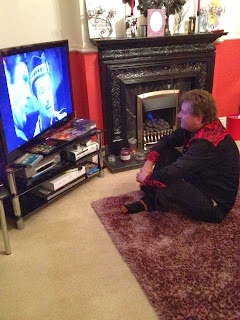 I love Private Evans - 'Driver, I am!' - and Nick Courtney is sublime in his debut performance as the character he made his own (he actually first appears in episode three ... and strangely, his feet seen in the second episode are not those of Nick Courtney, but of another actor, Maurice Brooks). Travers is superb, Anne is brilliant, there's Knight and Weames and Arnold ... oh it's so good!

The film sequence where the Colonel and his troops battle the Yeti is awesome! Establishing in one stroke similar battles between army/UNIT and Cybermen ('The Invasion') and Autons ('Spearhead from Space'). It's tense and just so, so brilliant. And it has the same eerie music as the Cybermen do in 'Tomb of the Cybermen' ... but it works! The web guns that the Yeti have are an (unexplained) masterstroke, and the shots of people dead and covered in web are unsettling and disturbing. Kudos to writers Haisman and Lincoln for coming up with the idea that robot Yeti would have guns that fire spiderweb at people to kill them! It's a gonzo genius idea that just works so well. 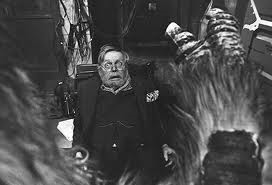 We move on to the final episodes, and see sets and details that there aren't even clear photographs of!  I love the endgame where all is revealed as to who the Great Intelligence is using. And this is creepy stuff with the Intelligence using the London Underground speaker system to talk to people in hideous whispering tones, or to hear poor Travers struggling against the possession as it uses his voice (compare this with the representation in the recent 'The Snowmen' story where it's Richard E Grant looking moody, or Ian McKellen's voice in a giant snowglobe: there really is no comparison. 'The Web of Fear' gets it so completely right, whereas 'The Snowmen' gets it so sadly wrong).

The two companions, Jamie and Victoria are far better characterised and presented here as well. Jamie shows his courage and strength, while Victoria also gets to shine. It's such a shame, for Frazer Hines as Jamie in particular, that all his best episodes seemed to be missing ones!  At last, with this return, we can see more of what made Jamie tick, and appreciate the masterful interplay between him, Troughton and Debbie Watling as Victoria. It's occasionally funny, touching and often tense as these three people care about each other deeply, and go along with the Doctor's wonderful child-like sense of exploring the unknown ... I love the line in episode one where the Doctor tells them he has no idea what's outside ... but invites them to go and explore anyway. And oh, they'll need torches! 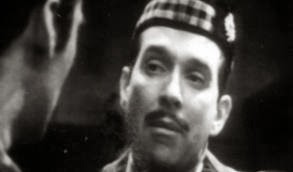 But the Doctor ... oh the Doctor. My Doctor. The Second Doctor. Brilliant and mercurial, funny and watchable, scared and yet totally in control. This was the Doctor of my childhood, of my youth. My hero and my muse. The inspiration for me to want to write and get into making films, and to succeed ... he is just so brilliant. This story, more than any other, shows just how good Doctor Who can be. It shows why, even today, I can't go down the underground in London without peering down the tunnels, half expecting to see some Yeti standing there, silently. Waiting. Oh ... and cobwebs ...

This adventure has an edge, it has a story. It has characters you believe in and care about. I don't even know what the children were called in 'The Snowmen', or what the name of the ice-lady thing was that attacked them. I don't know the name of the pub that Clara was working at ... but I still shiver when passing through Covent Garden underground station. Or Goodge Street. And Professor Travers ... and poor Corporal Lane ... This is after forty-five years!

I finished watching the episodes in a state of euphoria. I have a new favourite ever story I feel. Something which has to be among the very best that television presented in the sixties. There had to be a reason why the story was so well regarded amongst fans. Why people remembered watching it so many years later. And now we can see why ... it is truly brilliant. It is the best exponent of a traditional formula (sometimes termed the 'base under siege' story) that there is. I'd like to think that it provides something of a wake-up call to the current writers and production team to up their game ... to be beaten so soundly at every level by something made forty-five years earlier is a little embarrassing to say the least.  But I enjoyed 'The Web of Fear' to a level far higher than any of the Doctor Who stories transmitted since the show came back in 2005. And that's not just because I am a fan. It is just better.

You don't need flashy CGI. You don't need multi-million pound budgets. You don't even need expensive guest stars. All you need is a brilliant, developed, mature and thoughtful script, and a director with the imagination and drive to realise it on screen. Douglas Camfield was feted as one of the best directors who ever worked on Doctor Who and with this story we can see why. Six episodes of magnificence, of creeping horror, of bravura performances and memorable visuals and sound effects. We even get to see dead people - and that's one of the biggest shocks of them all! 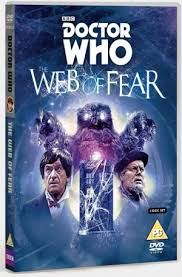