Although a great many of the books that I have written over the years are now long out of print, there are a few which are still available in a variety of formats.  So here are details of them!

The following titles are available from me directly and will be signed! There's options for buying the titles individually, or both together.

THEN AND NOW VOLUME 1 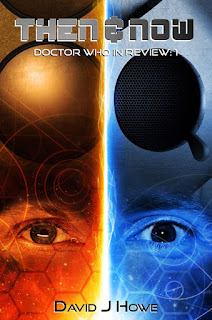 Covering the Chris Eccleston and David Tennant years, Then and Now is a collection of reviews and commentaries on the episodes transmitted from 2005 onwards. The basic idea is simple: a historic review of each episode at the time it was transmitted, plus an additional paragraph or two based on a re-watch more recently ...

'Having loved reading David's previous Doctor Who Handbooks with co authors Stammers and Walker, I somehow figured this book might be good. I was not disappointed. I started liking David's very brutally honest, frank and strong opinions on certain stories in the classic Handbook series. I was not at all disappointed by his comments on the newer episodes. I heartily recommend this book for anyone who liked the opinion sections, in particular, of the seven Doctor Who handbooks and for others who like authors who really tell it like they see it.' Robert H Gerlach

'I loved every page of this book, every word, every sentence! David's love of Doctor Who shines through and I find myself in agreement with all of his comments and opinions.' Steve Matthewman on Amazon

'I love David's balanced account of each story. He is pragmatic in his approach and is never afraid to raise questions, or give constructive criticism where needed. He obviously adores his subject but never sees it through TARDIS tinted spectacles!' Gary Pearce on Amazon

'A great read. David J Howe is very insightful and passionate about these episodes. He writes as if he is having a conversation with you.' Amazon Customer Review

THEN AND NOW VOLUME 2 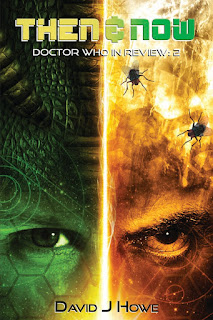 Doctor Who is one of the most reviewed and talked about shows that the BBC has ever broadcast. It has enjoyed over fifty years of popularity, and continues to thrill children and adults all over the world.
Now, noted Doctor Who historian and writer David J Howe, presents his own views and thoughts on the Smith and Capaldi eras of the show. Following the upswing of popularity during David Tennant’s tenure, the programme focussed more on internal continuity, and presented a mercurial, unpredictable Doctor in Matt Smith, before introducing an unhappy older Doctor with Peter Capaldi. Every episode, including some of the special mini-episodes, are analysed and reviewed, and the path of the Doctor’s adventures through the series is charted.
From the highlights to the low points, David J Howe considers the show against its broad history both as a viewer at the time, and also with the benefit of hindsight, with a current re-watch of the episodes. A marvellous romp through seven years of time travel ... come along and enjoy the ride!

'This is the second of DJH’s books on the most recent Doctors based on his blog. As always David gives thoughtful, balanced views. Some you will agree with some you may not, as I do, but there is no destructive criticism. It provokes talking points and makes you reappraise some of the less favoured episodes. I love this type of book so have given it maximum stars. This is a review type book not an in depth study so don’t expect detailed explanations of Mr. Moffat’s more intricate plot details, just enjoy what David has to say on his favourite subject.' Gary Pearce on Amazon

IF YOU WANT TO BUY BOTH BOOKS TOGETHER, THEN PLEASE USE THIS LINK:
THEN AND NOW VOLUMES 1 AND 2