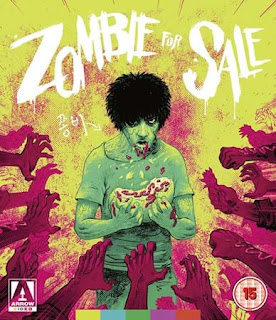 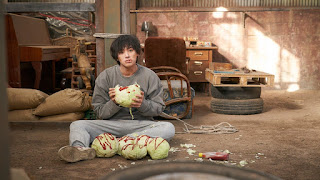 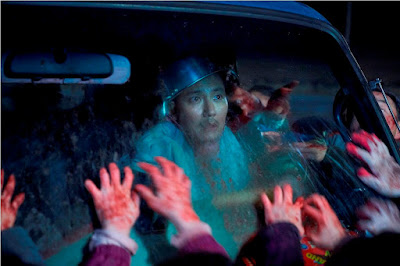 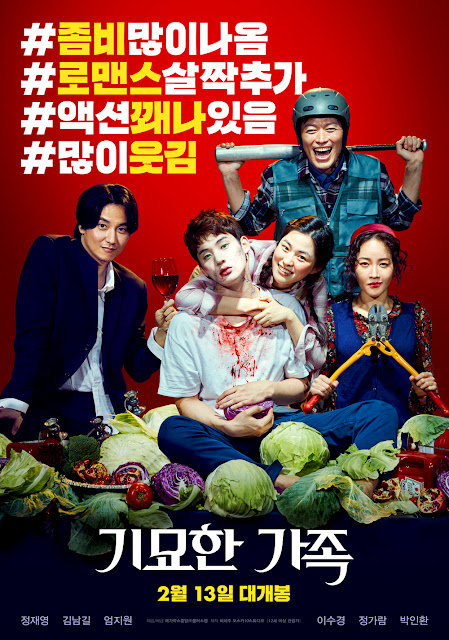 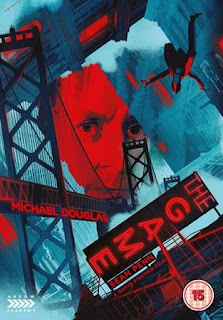 The Game is a 1997 film directed by David Fincher, and made after his major success, Se7en. It's a shame in a way that directors get 'type cast' in the sense that through most of The Game you're waiting for some big revelation or shock moment to occur, as in Se7en  with the man who died of starvation or the 'what's in the box' question, but it never really happens. M Night Shyamalan suffers from the same problem, that following The Sixth Sense everyone expected all his films to have the same 'shock surprise' ending.

But on to The Game. It stars Michael Douglas as Nicholas Van Orton, a wealthy investment banker-type, who is given by his brother Conrad (Sean Penn) a voucher for an experience called 'The Game' - basically a company which will constantly surprise you and make your life 'interesting'.  So as he is basically bored with pretty much everything, he visits their offices, fills in all the paperwork, and waits ...

Then things start to happen. A waitress (Deborah Kara Unger) spills drink all over him in a restaurant and he gets a message to not let her go, so he follows her. They are then followed by gunmen and a chase ensues ... and so on ...

The film then progresses on this basis, with Nicholas being involved in all manner of escapades, resulting in him trying to find the company again to get them to stop - but they have vanished. He also realises that the man he saw was an actor and so he tries to track them down. The film ends in a climactic rooftop battle and ... but I don't want to spoil it ... 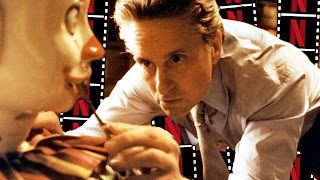 The problem with the film is that it contains way too many coincidences (or plot holes). Things 'set up' by the company for Nicholas to stumble over are such that all it needed was him to make one different decision about something - which direction to go in etc - and none of it would work - the ending is perhaps most at fault for this ...

Overall the film seems somewhat slow and leaden by today's standards. Douglas seems to phone in his performance for some of it, but overall, and given that he is - I think - literally in every scene - does pretty well. He manages to display the slow burn from ennui to broken insanity with effective believability, and indeed, it's as much a showcase for his talent as it is for Fincher.

Overall this is an interesting film, and probably well overdue a reissue from Arrow, which comes with the customary slew of extras. 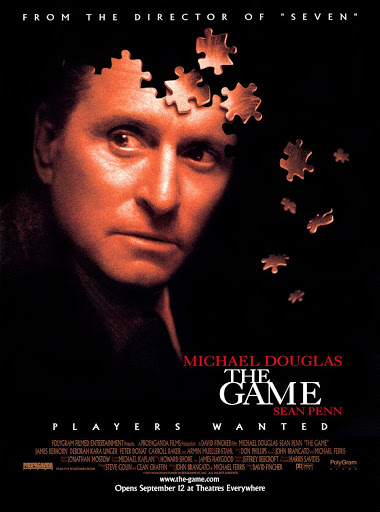