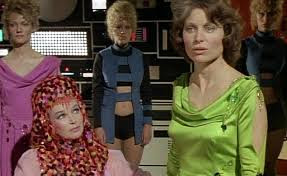 I'd never seen Star Maidens before ... odd probably ... but I recently nabbed a DVD set of all the episodes for a peruse.

It's a strange beast indeed. First of all, the title is something of a misnomer ... it was made in 1976, and I guess that women in power was a bit of a 'thing' then ... so the basic idea is that there's this planet called Medusa which is ruled by women. The men are kept as slaves and breeding stock ... and thus is life there. In fact, life seems to consist of wandering aimlessly around a sort of three-level complex as that's all we see. 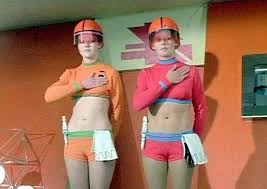 The planet of Medusa is inexplicable blown out of orbit of it's sun and off into space, where it ends up close to Uranus (stop giggling at the back) from where it can send ships to and from Earth. The closest the two get is 1.6 billion miles (2.6 billion kilometers), and based on 'normal' speeds, the Voyager 2 spacecraft was launched on Aug 20, 1977 and it reached Uranus on Jan 24 1986. So, Voyager 2 took almost nine and a half years to reach Uranus. But we need to gloss over this for the sake of our sanity.

The basic plot of the series is that two Medusian men, Adam (Pierre Brice) and Shem (Gareth Thomas), steal a ship and escape to Earth where they hide out. Meanwhile two humans, Dr Rudi Schmidt (Christian Quadflieg) and his assistant Liz (Lisa Harrow) are taken to Medusa.  Henceforth the episodes flip between Earth-bound stories involving Adam and Shem, and Medusian-based ones involving the humans in the alien environment. 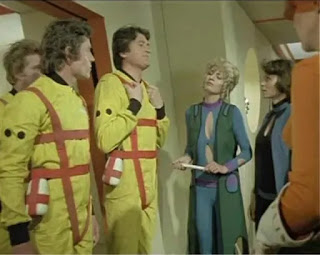 To be honest, the Medusian-based ones are much better. The Earthbound stories feel like very low budget affairs, perhaps poor relations to much better series like Ace of Wands and The Tomorrow People. But those on the alien planet have some thought and concept behind them, even if it all gets a little samey.

I was surprised to see Ian Stuart Black writing a large number of episodes (you may know him from his Doctor Who work on 'The Savages', 'The War Machines' or 'The Macra Terror'), and also Freddie Francis directing (the same guy who earlier directed films like Doctor Terror's House of Horrors and Dracula has Risen from the Grave!).

Despite this, the show struggles but never really rises above mediocre. There's none of the panache and sheer narrative and production excellence which made Doctor Who or Ace of Wands sing at the time. I wonder if it's because it's a German co-production, and that there was some behind the scenes conflict as to what sort of show the various companies wanted to make. Is this a comedy or serious SF, a kid's show, or something a little more intellectual ... the show veers between all of these with no real answer. 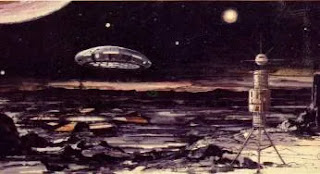 The cast should be great, with Gareth Thomas a couple of years away from his defining role as Blake in Blake's 7, Judy Geeson as Fulvia, Adam's Mistress, and bond girl Dawn Addams as Clara, the Medusian leader ... there's even a cameo from Alfie Bass (playing the caretaker of a Castle) of all people!  But there's also some German actors who seem less comfortable with the material ... and the overall impression is of something of a mess.

It's a shame as conceptually, the show echoes Space 1999, and has touches of Blake's 7 and The Tomorrow People ... The visual effects were done at Bray - home to the Anderson shows, and the quality of the miniature work is excellent as a result. 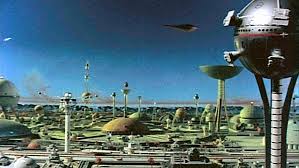 The stories are okay, but patchy, and even the final episode which introduces an enemy for the Medusians called simply 'the Enemy' - some creature whose face and head we never see, but who has three fingers Sontaran-like, and who seems to be controlled by some computer thing - fails to really resolve anything, and yet sets up for perhaps more stories and adventures to come ... but it was not to be!

As a science fiction curio from the seventies, it's worth checking Star Maidens out ... a fun series which is better than you expect it to be, without being truly outstanding. 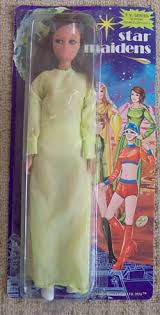 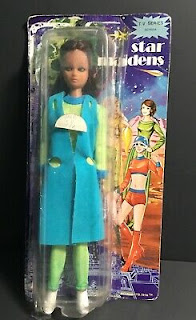 And, astonishingly, and assuming they're not clever fakes, there seem to have been some Star Maidens action figures/dolls released!  Amazing!  I also noted some jigsaws and an Annual too ... 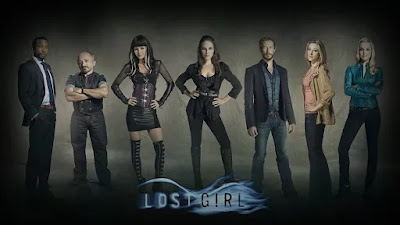 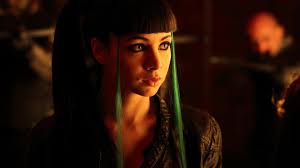 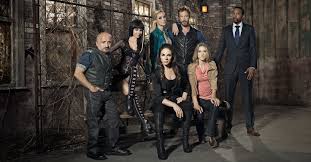 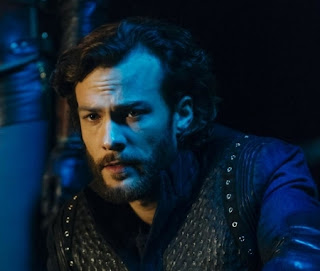 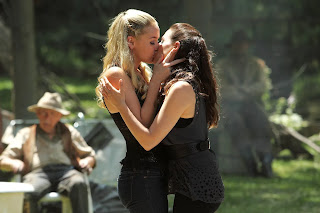 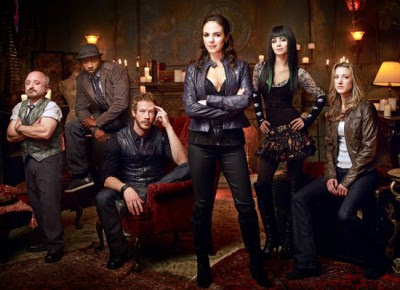