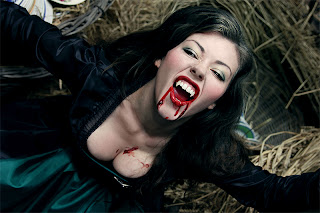 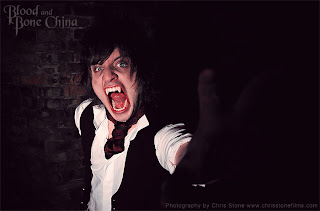 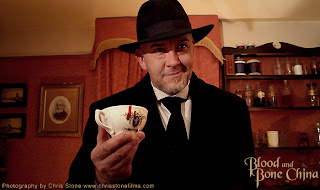 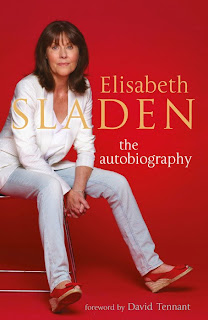 Biographies can be a bit of a mixed bag ... sometimes they are gripping and revelatory, other times they seem to skim over lots of important stuff and deal with inconsequentials. Over the last few years we have seen a great many books by Doctor Who celebs coming out. Some have been great, some less so. But none was more anticipated than that of Elisabeth Sladen ... but then she passed away, and fandom heaved a great sigh of despair - perhaps the greatest outpouring of grief ever. Part of our childhood, taken far too soon. But this then put great expectations on the book ... would it even come out at all? And if it did, would it be a worthy testament?

The answers to these questions are all yes, thankfully, but in part, I have to say, the book disappointed me. The difficulty is that Lis, it seemed, didn't intend to write about Lis ... the book explains that Elisabeth Sladen the actress, and Elisabeth Miller, the wife and mother, were two totally different people. As her daughter Sadie states up front in the book: 'my mum ... who will not be shared with anyone'. This is a book about the actress, the stories that Lis thought her fans wanted to hear. She didn't want or intend to talk about her private life - though there are of course elements of that here as well - and so the book comes over as just catching a glimpse of Lis rather than getting to know her.

It's unfortunate that the hand of her co-author, Jeff Hudson, seems very apparent. There is far too much knowledge of Doctor Who here for it all to have come from Lis. This is a similar problem that plagued the John Nathan-Turner assisted memoirs of Nicholas Courtney. Every actor, whoever they are, and whenever they are mentioned, has to have their Doctor Who role mentioned as well. It's not necessary, and it spoils the story. Lis wouldn't have known that person X who she worked with in rep had a role in a Patrick Troughton episode of Who ... so why mention it? I found this element perhaps the most disappointing. It takes what is a great personal story, of interest to many, and casts it as something which is only of interest to Doctor Who fans ... and they already know which story person X appeared in, and so don't need to be told.

As I read through the book, I noted that there was a lot of fascinating material on Lis' early years. It's nice to hear how she met Brian, her husband, and of all the work she did leading to being cast in Doctor Who. I have a feeling though that some of the stories about Doctor Who are not her true memories, but are tales being reported from her co-author (or other source) and then retold by Lis. I guess this doesn't really matter too much, but I think people are, as this is an autobiography, looking for Lis' own words and thoughts rather than reportage on what she has been told.

And in Lis' own words, Jon Pertwee doesn't come over well at all. Although she seems to have tolerated him, he appears very conceited and self-centred here, a far cry from how he is usually remembered. But then Lis herself often rationalises things her own way, not apparently considering that from an outside viewpoint they might look different. So she explains that she is a private person and preferred to sit with the make-up girls in between takes rather than relax with the other actors. But to the other actors, this might look as though she was deliberately distancing herself from them, and taking some prima donna approach. Thus she comes over as a lovely person, trying to get through the day, but justifying all her actions when perhaps none was needed.

She loved Tom Baker though, and this shines through. His arrival must have been like a breath of fresh air after the somewhat dominant figure and personality of Pertwee. The stories about this period of her career seem fresher and more naturally told, and I suspect this is because she relished remembering them all, and perhaps has far more happy memories of the time.

You come away from the book feeling that you know Lis a little better. That although she could be hard work, she loved her job and her family, and was intensely private about them. She often kept her true feelings hidden from others, and presented a mask to those around her. An example is when she badly hurt her leg during the recording for the David Tennant episode, and went through an interview being very short in her answers because she was in such discomfort and pain - so the interviewer probably thought she was difficult to talk to, when in fact she was in great agony throughout. All she had to do was explain the issue to the interviewer and something would have been sorted out.

As a final coda to the book, the contributions from her daugher Sadie and husband Brian are truly lovely. They loved Lis very much indeed, and to have her taken from them must have been the worst thing ever. I admire their bravery and courage in allowing the book to be published, and to let everyone catch a glimpse of Lis as she crossed the timestreams and travelled through many different shows before ending up, once more, a kids heroine, adored by millions, thanks to the foresight and appreciation of Russell T Davies.

It's a great read, and contains much that was not previously known about Lis and her life. It stands as one of the best of the Doctor Who autobiographies, and the only regrets are that Lis chose not to really open up to her readers, and that she is no longer here to see how much she is loved and missed by everyone who watched her, grew up with her, and knew her.
Posted by David at 3:20 pm 1 comment: