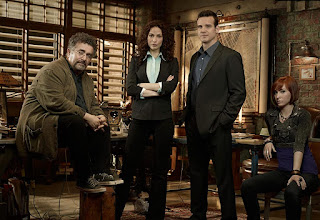 Every so often a show comes along which is a little more special and different from those that have gone before. Indeed, these often spawn imitators which use some of the ideas in a perhaps more cliched manner.

I can't remember when I first stumbled upon Warehouse 13 ... I remember seeing odd episodes  on the schedules, but not watching them, and I think I was aware that it was co-created by Jane Espenson who I knew from her work on Buffy The Vampire Slayer.

Eventually I think we stumbled across a repeat run and this time, it engaged and we watched the show right through, and loved it so much that I bought a DVD Box set of all the episodes to enjoy again ... 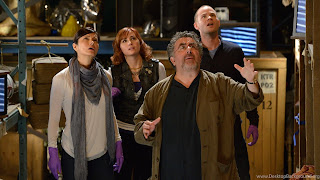 So what's it all about ... Like all the best shows it's curiously simple in concept. There is a vast warehouse, and this is Raiders of the Lost Ark type warehouse, but pretty much infinitely large. It's entrance is in what seems to be a quarry in South Dakota, but beyond the entrance, the Warehouse extends under the mountain range behind. Within this Warehouse are held 'artifacts', and each episode usually revolves around the use, retrieval or discovery of these objects. An artifact is created when the owner does something particularly special, artistic, creative, brave, cowardly or any other strong emotion. The object is then imbued with a 'power' which is related to that emotion or achievement. So there are artifacts which make you invisible, which can make you fly, can cause earthquakes, drain your energy, change your sex ... you name it, there's an artifact which can do it. If you're interested in a list of them all, then there's one here: https://warehouse13.fandom.com/wiki/List_of_Artifacts_and_Gadgets

What I particularly like is that they are all very imaginative in their construct, playing off the particular real-life characters and their achievements. For example, there's Lewis Carroll's looking glass - a large mirror which traps the insane 'Alice' behind it. It also seems to house an alternate dimension (you can play ping pong with yourself through it) but you can also swap places with the insane Alice who then can emerge, looking like you! 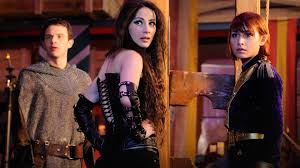 All these objects form the core of the show, and one thing I really like, is that all the way through it never really loses the 'episode by episode' format. I have talked about this in relation to other shows, where somewhere in season 2, they stop being about the stories, and start to become about their own internal logic and characters, which basically means that unless you've watched them all, then the episodes are unwatchable in isolation or out of order.

With Warehouse 13, yes as the seasons progress, there is more and more revealed about the Warehouse. That Number 13 is the current (and 13th) incarnation of it. That it can move about. That there are 'Regents' who monitor what's happening, and a single 'caretaker' in charge at any one time ... and there can only be one 'caretaker' at any time. There's plots involving H G Wells (who in this universe is a women, Helena, who gave all the ideas to her brother ...), saboteurs out to get the Artifacts, incursions by Knights Templars, and finally a plot to 'steal' the whole warehouse through various time travelling shenanigans. 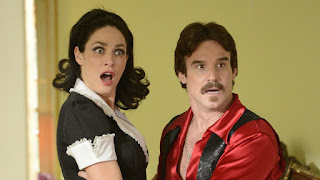 As you can hopefully see, the series' concept and set up is wide enough to encompass tales set in any age, in any time, and with many interesting sidesteps along the way: there's a black and white episode; one which is a computer game;  one which features a past Warehouse, and even one which takes place in a Spanish Soap Opera!

Core to any great series is a good set of characters, and Warehouse 13 manages this seemingly effortlessly. In charge of the Warehouse is Artie (Saul Rubinek), an older man, gruff and shabby, but very smart. As the series starts, two new agents are recruited to join the Warehouse to help in the retrieval and cataloguing: these are Pete Latimer (Eddie McClintock) and Myka Bering (Joanne Kelly). Pete and Myka have a great will-they-won't-they relationship, and their interplay is always a pleasure to watch. They have a lot of fun! 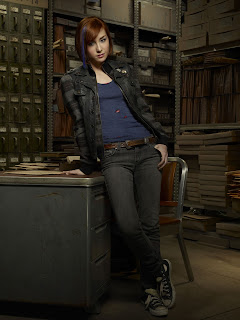 Joining them slightly later on is Claudia Donovan (Allison Scagliotti), a younger girl with 'history' who is a hacking and computers expert.  I actually think Claudia is perhaps the best character, and Scagliotti plays her with such energy and verve ... she is the series' 'manic pixie dream girl'.

Later on there's another agent, Steve (Aaron Ashmore), who joins. Plus there's the 'caretaker' (CCH Pounder) who comes and goes as she does, and the Regents, of which Valda (Mark A Sheppard) is the most notable ... H G Wells (Jaime Murray) of course, and also significant guest roles for Anthony Head, Rene Auberjonois, Lindsey Wagner, Roger Rees, Kate Mulgrew, Jeri Ryan, and many other names familiar from other genre shows.

Overall the experience of watching is a hugely enjoyable one. I like the mix of drama with comedy, and the interplay between the characters is a delight. You come away with the impression that everyone had a great time making it, and this enjoyment spills over into the characters and onto the screen. 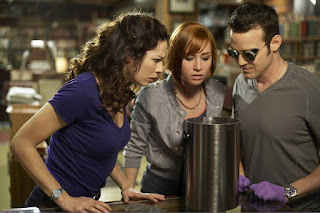 It's worth noting too, that the show does actually have a proper ending, even if the final episode feels a little 'tagged on' ... I guess we can forgive them for wanting to do that, as without the conclusions for all the characters, the whole thing might have felt a little empty. I particularly love the final scenes where Claudia ... but that would be telling!

If you've not seen it, then give it a try ... as I say, the structure is such that probably most episodes are accessible if you understand as much as I've tried to explain here, but as with all shows, if you can start from the beginning, then you'll get loads more out of it. 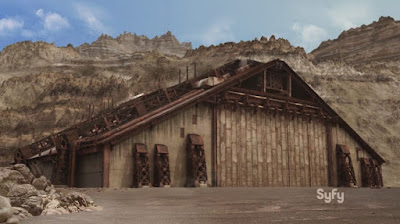