Two films to discuss today, and while they were made years apart, they share a theme of spoofing and lampooning other films. 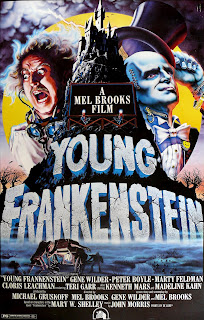 First up is something of a considered classic. Mel Brooks made Young Frankenstein back in 1974, and it spoofs the first couple of Universal films, Frankenstein, and The Bride of Frankenstein. What's interesting is that it was made in black and white and does a very good job of lampooning the originals. For me, the film is stolen by two performances. Firstly, Marty Feldman as the boggle-eyed hunchback Igor. Feldman turns in an inspired performance, with some great wisecracks, some excellent visual gags and a hunch which keeps changing sides. The other stand-out is Gene Wilder as Dr Frankenstein. As with his performance as Willy Wonka, Wilder nails it completely, and is brilliant as the somewhat bemused Doctor, trying to bring life to the dead. The monster is played by Peter Boyle, and Frankenstein's love interest by Teri Garr - who is indeed very lovely and excellent as Inga.

There's visual gags galore, including nods to the Bride's hairdo, a lovely pastiche on the Monster-meets-blind-man scenario (with Gene Hackman as the blind man), and of course a storm-wracked castle. There is a thanks credit on the film to someone having provided the lab equipment, and I wonder if it actually was the original equipment from the original films (a quick check on IMDB tells me that indeed they were).

While I enjoyed the film greatly, I feel it suffers a little from being too close to the originals ... by which I mean that some of the humour falls a little flat as it's basically just a funny retelling of the original rather than trying to do something new with the scenario ... and I guess that's the problem with comedies like this - how far do you go with the humour before you're no longer lampooning? 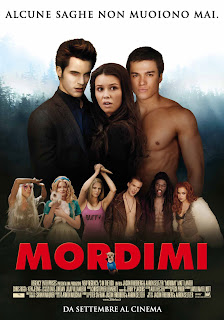 The second film is Vampires Suck, which is a modern spoof of the whole Twilight genre of fiction and films which are more about the romance than the horror. This is actually a pretty good and pretty accurate take on the subject. I have to admit I've not read any of the books, and only seen the first film all the way through (we could only get half way through the second film before our DVD player gave up in disgust - the film really was that bad!), however from what I remember, this pastiches the film pretty well.


Certainly the acting here is far superior to the films, and Jenn Proske as Becca is far more watchable and enjoyable than gloomy and boring Kristen Stewart in the original film. I loved the conceit of calling the vampire Edward Sullen, and generally all the tropes in the original film which were hoary and old hat there are nicely spoofed here, from the sparkling, to the superstrength through blood and werewolves. I loved that the werewolf boy Jacob has a tail and scritches his head with his foot, the endless mooning over the boys is well sent up, and the start (and end) of the film which has a group of 'Team Edward' teenage girls battling a group of 'Team Jacob' kids is hilarious. Even Buffy the Vampire Slayer checks in, as does Lady Gaga and numourous other pop references which will no doubt date the film terribly.


Given how bad the original Twilight film was, I guess that any spoof has to be better, and this is the case. It's a fun film, and recommended for a night in with some beers. 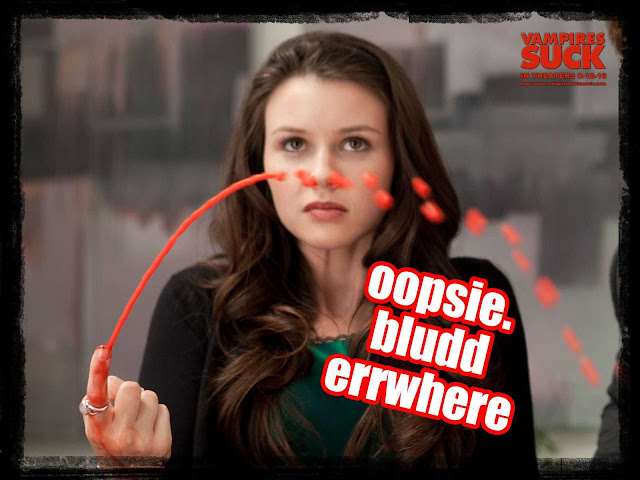