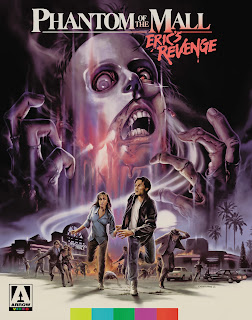 What is immediately unusual about this 1989 horror flick is that it plays as though it is a sequel to another film - perhaps called Phantom of the Mall? - but it isn't. This is a standalone film which riffs on The Phantom of the Opera, transplanting the action to an LA Mall, with the Phantom being Eric (Derek Rydall), a young chap disfigured in a house fire a year before, who is now stalking his girlfriend Melody (Playboy centrefold in February 1988, Kari Whitman) (who survived the fire) and her friends as they visit and work in the Mall, which has been built on the site of his old home.

It's a predictable setup, with one of the Mall guards (Gregory Scott Cummins) being the person responsible for the original fire ... and everyone who meets or tries to date or interfere with the girls gets killed by the Phantom ... Another security guard (Terrence Evans) who spies on the girls in the dressing rooms is electrocuted; the pianist (Dante D'Andre) turns out to be another stalker who tries to molest the girls in the carpark - he is shot with a crossbow and then bitten by a cobra introduced into the toilet system - and the Mall owner's son (Tom Fridley) tries to molest Melody only to have his head crushed in a trash compactor! 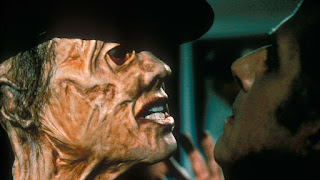 It's enjoyable hokum as the bodycount rises and Eric plants a bomb in the basement, intending to kill everyone, including the Mall owner (Jonathan Goldsmith) and the Mayor (Morgan Fairchild), both of whom were complicit in the fire.

There are some daft elements along the way, and the film seems to have half an eye on the humour of this sort of film ... an eyeball popped from a head ends up unseen in a tub of icecream! And there's a lot of chasing up and down Mall escalators and passageways! 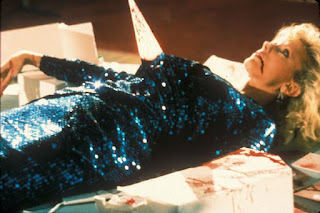 If you're a fan of eighties horror hocum then this is for you. It's well made and nicely put together, the acting is OK, and there's even some boobies on show ... all in all a typical teens in peril horror film!

As always, the Arrow package is superb, with two disks of entertainment!

Disc One – The Theatrical Cut (Blu-ray) 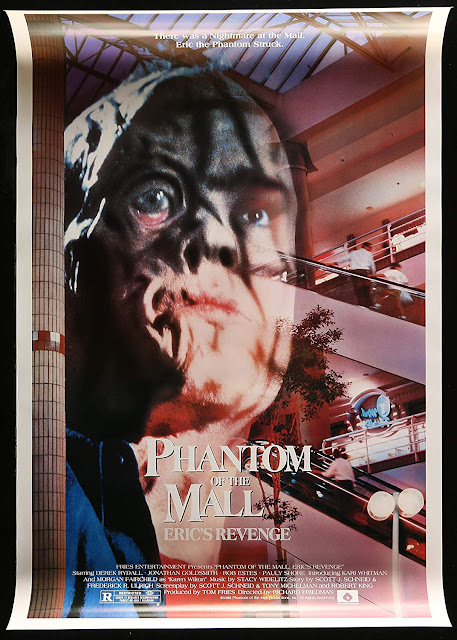