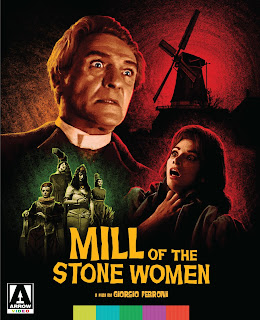 I'd never heard of this early 1960 Italian horror film, so thanks to Arrow for digging it out from whatever vaults it had been languishing in!  It's actually a pretty decent film overall, nicely shot and with some good performances and intrigue to get you wondering.

Wiki informs me that this was the first Italian film to be shot in colour, and the third locally based horror film to be released in August 1960 (after Black Sunday and Atom Age Vampire) ... not sure what relevance any of that has though.

The plot concerns a writer, Hans (Pierre Brice), who heads to a remote mill to meet art professor and sculptor Professor Gregorious Wahl (Herbert A E Böhme). Wahl has created a strange and macabre carousel in the mill, on which statues of murderers and corpses process ... Wahl's daughter, Elfie (Scilla Gabel), has a mysterious sickness and must never become excited, but Wahl and her physician Dr Loren Bohlem (Wolfgang Preiss) are conducting experiments on local girls to try and find a cure - these experiments render the unfortunate girls into stone, whereby Wahl incorporates them into his carousel. 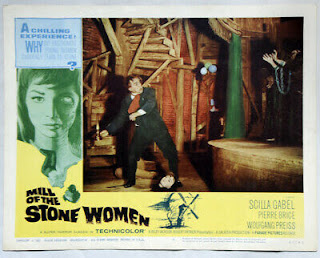 There are touches of other films in here, and the most obvious is House of Wax (1953) where Vincent Price plays the mad scientist preserving girls by dipping them in wax. There is a dreamlike sensibility to the film, enhanced by the cinematography, and that Hans is drugged part way through and experiences several hallucinations ... I found this similar to films like The Tomb of Ligiea and other Corman titles where the characters experience dream-like episodes in the course of the film.

Overall, it's quite complex, with a twisty turny plot which leaves the viewer guessing, and characters whose motivations are never quite to be trusted. I enjoyed this a lot more than I expected to, and will probably return to it at some point for another viewing. 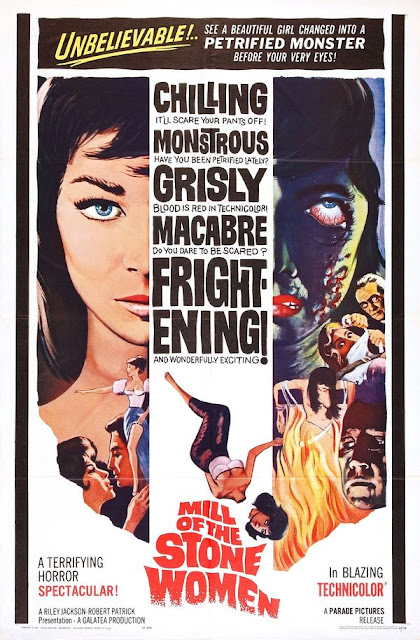 The Arrow release is over two disks and has a wealth of alternate versions and extras: