R.I.P. Blast from the Past

Many, many years ago, when I was knee high to a Judoon, me and my friend from school, David Butterworth, made a whole pile of films together on super 8mm. We were the classic do-it-yourselfers, making all the sets, costumes, props, visual effects, lighting, camerawork, editing and titles ourselves. This would have been 1975 through to about 1977 ... 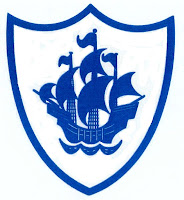 The results were placed in boxes and put in cupboards as super 8mm film gave way to VHS and camcorders, and then to digital and SD cards ... projectors long since vanished. But we were very proud of our films. So proud in fact, that one of them we sent off to Blue Peter, and got a very nice letter back from the office, saying how good they thought they were, but they couldn't feature us on the show. I did get a Blue Peter Badge though, that I still have to this day!

We did clay animation, using plasticine, obviously inspired by Morph (which was at the time on Vision On if my memory serves), we made an animated picture film, inspired by the Tod Browning film Freaks which had not seen, but which had beguiled us through the pages of several books on horror films. One summer we built our own Dalek and that then starred in several films, in which an android battled with the Dalek in the streets of sunny Tolworth ...

There were also a couple of horror shorts, both inspired by films we had, and indeed hadn't seen at that time. The sequence is all blurry to me now - I just can't remember - but at around the same time we had joined the Gothique Film Society in London, and among the films we saw there were DeathLine and perhaps even Freaks. I know we saw The Texas ChainSaw Massacre at some point, and Alien had a big impact back then as well.

Recently, I unearthed the box that all these films were kept in, and was overjoyed as I'd not seen them for perhaps 30 years and thought that maybe my friend David had taken the original copies - and unfortunately I lost touch with him many years ago and have no idea where he is now - even a Facebook search has not found him.

At the same time, my brother was talking about getting a load of family 8mm films (showing things like the oil from the Torrey Canyon disaster on the beaches of Cornwall in 1967, as well as myself and brothers and sister as kids in the garden, on the beach, at Butlins and so on) converted to DVD, so I took the opportunity to get my own films transferred as well.

Thus for the first time in 30 years or so, I have been able to revisit them.

Here is the first I have tidied up. I cleaned up the edits a little, removing jump frames, and added some music which unnervingly fits it very well indeed.

Here's some notes on the film for the interested:


It all started with the shots in the graveyard. I woke up one day and it was very foggy out, so I grabbed the camera and rode my bike down to Surbiton Cemetery. There I walked through the gravestones filming. It was very creepy, and I was pleased with the results, so we decided to make a film which could use them.

The hand bursting through the earth was David B's but I can't remember how we did the effect now. The shots of the zombie (whateveritis) approaching the house were filmed in Fire Bell Alley in Surbiton. There was a row of abandoned houses there, and I had noted them before as being a possible place to film. So one evening I took the camera up there and filmed the sequence. There is no front door on the house as they were all decrepit.

The sequence in the house was filmed at David B's house and was the rising stairs to an attic room.

The final effect, with the eye falling out, worked really well. I can't remember which of us came up with the idea, but we used half an eggshell as the 'socket', and an egg yoke as the eyeball. Thus when David tipped his head to the side, the 'eye' would fall out in a suitably gross manner.

Overall I'm very proud of R.I.P. I think it still stands up pretty well as a short film, and several people have commented how the grainy and marked super 8mm film makes it look more effective.

If I can get more of my old films cleaned up, then I'll post them as well so that people can enjoy them. They're not masterpieces, but a piece of my childhood that I'm happy to have back again.