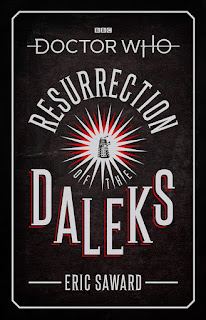 Later in the year we have the second Dalek story to look forward to: Revelation of the Daleks, which was enlivened on television by Graeme Harper's inspired direction ... I can only wonder what the book will be like.