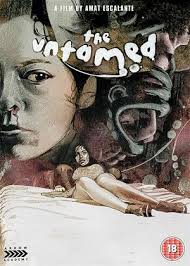 The Untamed is a new film on the Arrow Academy label from director Amat Escalante, and it's a strange beast indeed. In Spanish and with subtitles it tells the story of Veronica who, at the start of the film, is escaping from an isolated cabin in the woods ... She finds help with Alejandra and her husband Angel, but they are having marital difficulties ... So Veronica convinces Alejandra that in the cabin is something which might be the answer to their problems ...

Except that what is in the cabin is some sort of Lovecraftian tentacled sex monster - the sort of thing that writer Sam Stone would include in her ickier Lovecraftian short stories - which is everso addictive to those who participate with it.

The film is slow ... ponderously so in places ... but it's setting things up with all the characters and their social unease and problems, so that the solution of going to do the dirty with the sex monster (which is also addictive) becomes the focus of various characters as the film progresses.  The problem is that sometimes the creatures kills the humans ... other times it doesn't ... I guess it depends ... 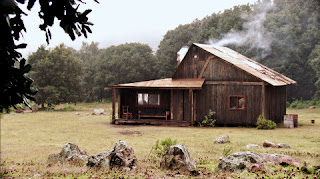 The effects are pretty good and, from the making of feature included, we can see they are a mixture of live action practical effects and CGI ... they're also seldom used which again adds to the overall impression of depression which is part of what the film is trying to tackle. 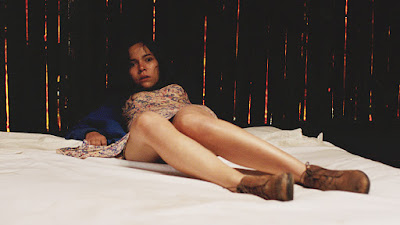