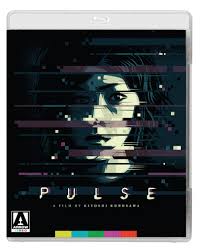 I first saw Pulse, or to give it it's Japanese name, Kairo, some years back and quite enjoyed it ... and with a new Blu-Ray release from Arrow now available, it's time to revisit it.

The idea is typical of the other Japanese horrors that I have seen, and that you are probably familiar with too. Films like Ringu (The Ring) Ju-On: The Grudge (The Grudge) and Dark Water all present variations on hauntings which impact on the lives and sanity of those who, sometimes completely inadvertently, get in the way. In Pulse, it's to do with ghosts invading the human realm, causing those who see them to become distant and eventually to kill themselves, or to bleed into the walls, leaving black stains behind. I'm not quite sure what the title has to do with any of this as there is no 'pulse' of any kind referenced in the film. 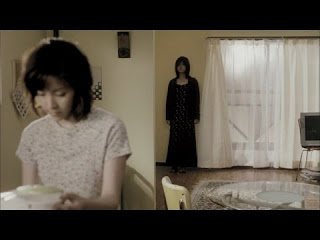 There are two stories running in parallel. One follows Michi (Kumiko Asô), Junko (Kurume Arisaka), Yabe (Masatoshi Matsuo) and Taguchi (Kenji Mizuhashi) who work at a flower shop in the city ... first Taguchi, then Yabe vanish, leaving Junko and Michi to try to figure out what is going on, with rooms sealed with red tape, horrific deaths and ultimately Junko herself being caught and killed by the phenomenon.

The other story follows Ryosuke (Haruhiko Katô), an internet geek, who seeks help from Harue (Koyuki), an IT teacher, to try and understand a strange website which his computer keeps showing him. Eventually Harue commits suicide, and Ryosuke joins up with Michi to get away from the city with a small number of survivors of whatever this plague/disaster really is. 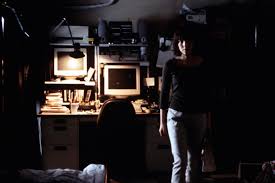 As films go, it's quite hard to follow and understand. If you had difficulty with Ju-On: The Grudge, then this is even more obtuse, but the visuals and unfolding sense of dread make it all worthwhile. There's an underlying idea that 'death was eternal loneliness', and that those people who encounter the ghosts cut themselves off and eventually become just an unwanted stain on the wall ... It's a cruel film in that regard, and the bleakness works very well indeed.

Well worth a watch if you like intelligent Japanese horror, and you're up for not having everything handed to you on a plate ... 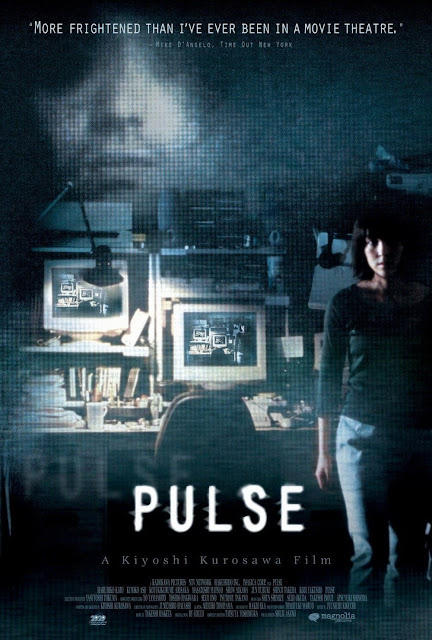