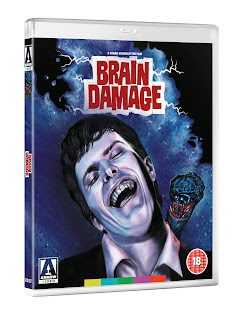 Frank Henenlotter is well known to horror fans as the director and writer of Basket Case and Frankenhooker, both somewhat gonzo looks at aspects of the horror genre. In Brain Damage, his third feature (and released after Basket Case) he continues his love affair with animation and strange creatures and presents a talking, quipping creation which looks a little like an eel, except it has eyes and a mouth and a head which looks like a tiny brain. This little fellah was being kept in a bath by a couple of senior citizens until it escapes and finds solace in the home of Brian (Rick Hearst), a somewhat hopeless lad who cannot win at anything. So this creature, called Aylmer, attaches itself to Brian’s brain stem and feeds him a narcotic substance so that Brian will continue to supply fresh brains for Aylmer to feed on. 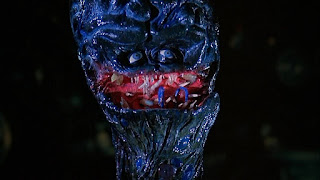 It’s another crazy film, and whether you enjoy it or not will depend on your penchant for Henenlotter’s other films ... So if fairly obviously animated monsters are your thing, and very 80s plotting and acting, and a denouement which doesn’t wholly make sense ... then you may love this. I found it somewhat hard going, but then I also wasn’t a great fan of Basket Case and its sequels.

One plus point is Aylmer’s voice – provided by John Zacherley, one of the USA’s ‘horror hosts’ – and this works well, the gore effects are also nicely done ... but overall ... As I say, perhaps something of an acquired taste. 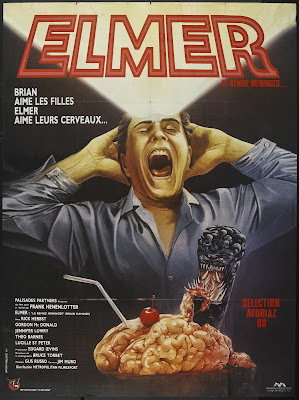