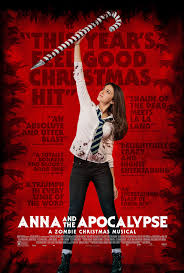 It's a little difficult to know what to make of Anna and the Apocalypse. It's a zombie film ... but it's also a musical! And for me the two elements just don't mesh together.

Anna is at university/college with her friends when the zombie apocalypse hits. She manages to survive it by breaking into song every five minutes or so and staging impromptu dance numbers and songs with everyone else on screen. It's a little like High School Musical with zombies, or episodes of My Crazy Ex-Girlfriend but with a lot more musical numbers.

The zombie plot and action is actually ok with some nice effects and decent scares, but the musical element intrudes to the extent that you just want them to get on with it! Oh, and it's also set at Christmas ... so it's a Christmas Zombie Apocalypse Musical ...

It's got an excellent cast with Ella Hunt as Anna taking the centre stage and knocking it out the park with her singing, acting and dancing. There's also Paul Kaye as the creepy University Head Mr Savage, and Mark Benton as Anna's dad, Tony.

There's a nicely staged Jocks vs Zombies fight scene, lots of chases, and lots of singing and dancing. 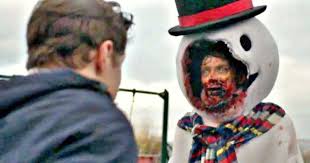 I suppose it depends what you like!  If you are a fan of High School Musical and Zombie mayhem then this will be right up your street. If, like me, you find the singing and dancing a little tedious, then perhaps not. 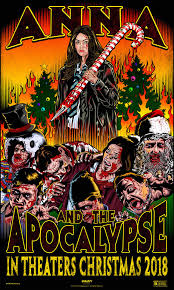